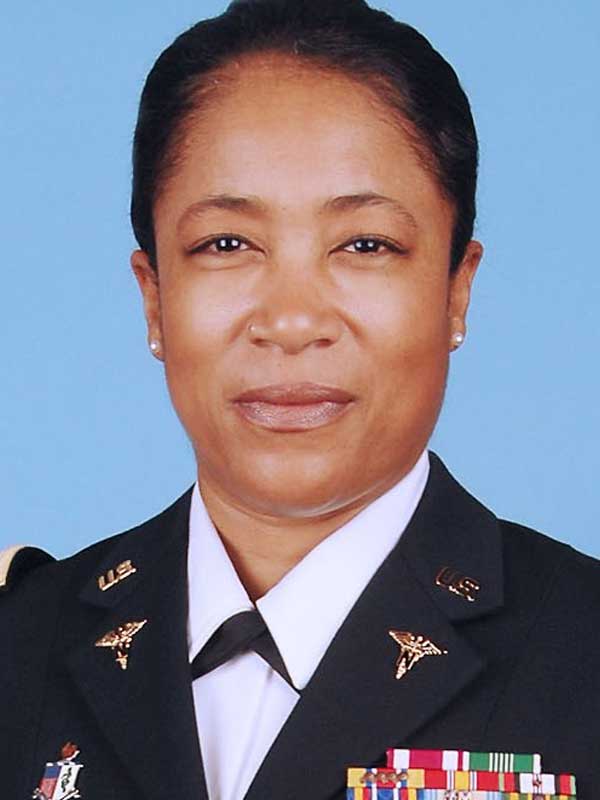 COL Katrina E. Lloyd is a 1995 graduate of Grambling State University with a Bachelor of Science in Nursing.  She received her Master of Science in Nursing as a Family Nurse Practitioner in 2001 from Northwestern State University of Louisiana (NSULA).  She has served as a Clinical Preceptor, for NSULA, since 2007 and Adjunct Faculty for the Nurse Practitioner program since 2012.  In her spare time, she also works at a local urgent care facility.

In 1996, after 10 years of enlisted service as a traditional Guardsman in the Louisiana Army National Guard (LA ARNG) / U.S. Army, SGT Lloyd was commissioned, Second Lieutenant.  COL Lloyd has served in various leadership positions throughout her career.  Key assignments include:  Youth Challenge Program Cadre and Instructor; Chief Clinical Nurse, 1/159th Mobile Army Surgical Hospital (MASH); Commander for 756th Area Support Medical Company (ASMC); Deputy Commander Clinical Services; Deputy Commander Administrative Services for the Louisiana State Medical Detachment; and Battalion Commander for 2/199th Regional Training Institute (RTI).  Effective 1 NOV 2018, she became the Battalion Commander for the Louisiana State Medical Command and the full-time State Surgeon for the LA ARNG, while still serving as the Louisiana Medical Command Administrative Officer.  COL Lloyd is the 1st African American and 1st Woman to hold any of the positions.  She is the 1st Soldier appointed to simultaneously hold all three.  She is only the 2nd African American Woman to earn the rank of COL /06 in the LA ARNG.

Professional and social affiliations include: